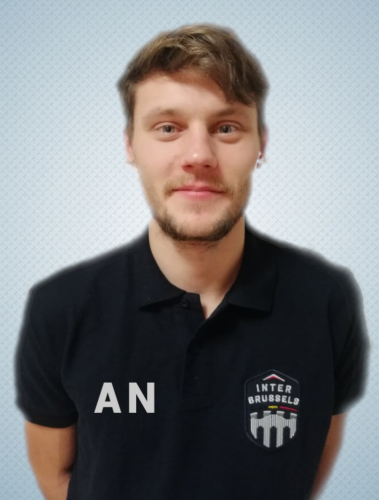 Co-founder of Inter Brussels / Academy Director / Coach U5 and U7

He started his adventure with football at the age of 6 in Victoria Błonie. He played in the junior and senior teams of Błonianka Błonie. At the age of 12-15, he attended a football school in Piaseczno. He has always had football in his life and he is still addicted to it. Most recently he played for the Belgian team FC Congo in Clabecq. In the 2016-2017 season, he was chosen the best player of the season by fans and players. She loves working with children. He can create a friendly atmosphere during training and at the same time maintaining discipline.

The soccer idol is: Ronaldinho